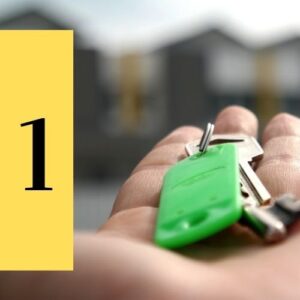 The Golden Visa Portugal program is leading the way in granting residency permits to investors. The ARI / Golden Visa which enables third-country nationals to obtain a temporary residency permit for the purposes of conducting business activities with the visa waiver to enter the national territory of Portugal. The Portuguese residency through investment Golden Visa program also includes Two hundred and eighty thousand Euros. This property investment option is only available for the properties which are located in low population density areas of Portugal.
The hundred and fifty thousand Euros Golden visa, This property investment option requires the investor to purchase a property that is located in one of the urban areas of Portugal, but only if the property has been constructed more than thirty years ago, and/or if it is in need of refurbishment. The sum of the flat property value and the reconstruction costs must add up to three hundred and fifty thousand Euros worth of minimum required investment.
Five hundred thousand Euros (or more) All types of properties for sale in Portugal qualify for this Golden visa in Portugal. 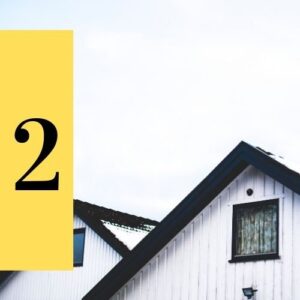 Who is Eligible? For the Golden visa in Portugal 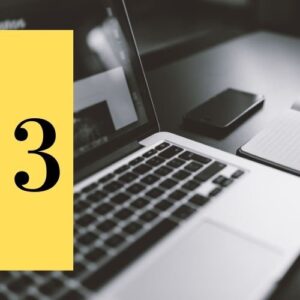 Any and all third-country citizens who engage in a property investment activity in Portugal, as either an individual business person or through a company that is set up in  Portugal or in another country that is a member of the European Union and who, in addition, is stably settled in the country of Portugal, provided that these citizens fulfil the quantitative requirements, as well as the time requirements which have been defined by the relevant legislation, may apply for the Golden visa Portugal.

The applicants for the Portugal’s Golden Visa program may make their investment as either an individual or through a legal entity which meets certain predetermined requirements. The Golden Visa Portugal program investors will also need to meet the – minimal – physical presence requirements.
Anyone with the exception of the Portuguese and EU / EFTA citizens is eligible to apply for the Portuguese Golden Visa program after completing a suitable investment option in Portugal before asking for the permanent Portuguese residency.
The Portuguese Golden Visa program investors are allowed to bring their family members along, including their spouse, as well as their kids – as long as they are younger than eighteen at the time of the application, or as long as they are still enrolled in studies and being financially supported by the applicant.
In certain circumstances, the  Golden Visa Portugal investment program investors can even bring their parents and / or in-laws along, as long as they can demonstrate that they are financially supporting them. 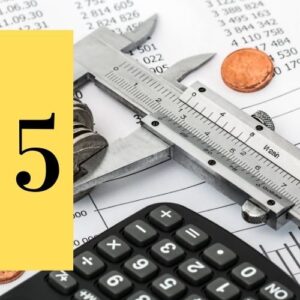 In addition to the level of investment in the property, the Golden Visa program in Portugal has other costs that the applicant will also have to consider, such as the down payment for the property, which is made in cash, as well as the legal documentation that is necessary to submit, which also may include additional costs.
Purchasing property in Portugal attracts certain taxes, stamp duty charges, and fees. It is our recommendation to account between nine and ten per cent of the investor’s budget for taxation purposes, the main element of which is the Property Transfer Tax the IMT.
The national government fees per family member per Golden Visa program in Portugal application are 5,147.80. The renewal fees every two years apply at fifty per cent of those rates. Additionally, there is a processing fee for the application and the renewal of 514.80 Euros for the main applicant, plus 80.20 Euros for each family member.
Additionally, the Golden Visa Portugal program applicants need also pay the lawyer fees, which typically come out at around 6000-8000 per family.

Portuguese Golden Visa Program – What Is It?

PropertyLisbon has provided our clients with a handbook that contains everything that they may need to know in order to apply for the Portuguese Golden Visa program. The Golden Visa in Portugal offers a fast track to non-European investors who invest a minimum required amount into the property market of Portugal, the minimum required amount which has been defined by law, in order to become eligible to receive a residency permit in addition to many other attractive (tax) advantages. Popular areas for the Golden Visa in Portugal include Lisbon, Porto, Algarve, Silver coast and the Lisbon coast to Cascais.
Welcome to PropertyLisbon, where we help our clients find the investment that best suits their needs.
The Portuguese Golden Visa program has been put into place back in the year 2002 when it has been created as a way of enabling non-European investor citizens to obtain a residency permit in exchange for a five-year property market investment in the country of Portugal. Not only has the citizenship by investment program helped people live and work in the area, but it has also done wonders for the national economy. It has been said that around four billion Euros have been invested in the country of Portugal since the inception of the program.
The Golden Visa investment program in Portugal is one of the most popular citizenship by investment programs not only in Europe but in the world. Owing to its relatively affordable prices of property – one of the lowest among the European capitals, and the fact that Portugal is an extremely safe country to live in, with an affordable quality of life, good health care and educational programs, amazing transport systems, well-connected airports, and one of the best climates on the European continent with amazing beaches and even better cuisine.
Those who gain access to the Portuguese citizenship by investment scheme, the applicant is required to spend only seven days per year in the country to maintain their residency, while still keeping all of the benefits of being a resident of a country that is a member of the European Union, including unlimited visa-free travel, and the ability to live in any and all of the country members of the Schengen Zone.

How to Obtain European Residency?

The Golden Visa program in Portugal has been introduced by the national government of Portugal for the purposes of granting a resident status to all property investors, and their respective families, who wish to invest in Portugal’s popular regions of Lisbon, Porto and the Algarve by the capital property investment, to any citizen of Non-EU countries, with the sole exception of the Portuguese and EU / EFTA citizens.
Once an investor has been granted a Portuguese Golden Visa residency permit, they will have the right to,
Reside in the country of Portugal during the entire duration of the visa;
Work and study anywhere within the European Union, and / or exercise professional activity in the country of Portugal;
Travel visa-free through twenty-six countries of the Schengen Zone of the European Union;
They may also obtain permanent Portuguese citizenship after the five-year period and gain access to the same rights as anyone else in the country of Portugal and the European Union.
Family reunion in the country of Portugal and / or the European Union;
Those in possession of a Portuguese Golden Visa are granted a temporary residency permit in Portugal for one year, which is then renewable for each subsequent two-year period. After the five years, those in possession of the Golden Visa and residency permit in Portugal may apply for a permanent residency permit, while after six years they may apply for Portuguese citizenship through investment if all other legal requirements have been met.
An advisory company which specialises in residency and citizenship issues has noted a ‘dramatic spike’ in recent inquiries for the Portuguese Golden Visa program. They have stated that Portugal has proven itself to be an extremely attractive option for the investors. The relatively low costs of living, the beautiful and diverse landscape, the pleasant Mediterranean climate, the rich history and culture, all combined with a very high standard of safety and security, have all been robust attributes of the country of Portugal in this regard.
Additionally, the city of Lisbon has been ranked by the PwC – an accounting company the best city in property investment and property development prospects among the major European cities for this year. The prices of property in the metropolitan area of the Portuguese capital had been up by about eight per cent in the year 2018, while the rental yields had ranged between five point five per cent and six per cent.

How to Apply for The Portuguese Golden Visa Program?

While the process itself is not very complicated, it does involve gathering a lot of documentation – both in the country of Portugal and in the country of the investor’s origin.
The investor may collect all of the needed documents and apply for the Portuguese Golden Visa program on their own, but it would be extremely beneficial and significantly faster to connect with the local professionals. PropertyLisbon and our skilled team of professionals know the local property market and laws extremely well and it would be a time a money solution by offering the investor, and now our client, adequate consultations about the most affordable properties to invest in, thus helping them with preparing the required documentation, as well as providing attorney services, and going along with the investor’s needs during the entire process of their temporary residency which has been obtained with our help.

Family Member rules for the Golden visa in Portugal

NEED MORE INFO ABOUT THE COST

Please fill in the form on the right and we will get back to you with the cost specification. 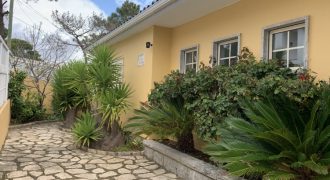 Large family residence on the Portuguese Riviera. This 4 bedroom detatched house is located in a lush, green and quiet residential area. This property is on a “cul de sac” with no passing traffic. A real Portuguese family home which is set over 2 floors. Large, bright and clean throughout. 3 bathrooms, ample parking space […] 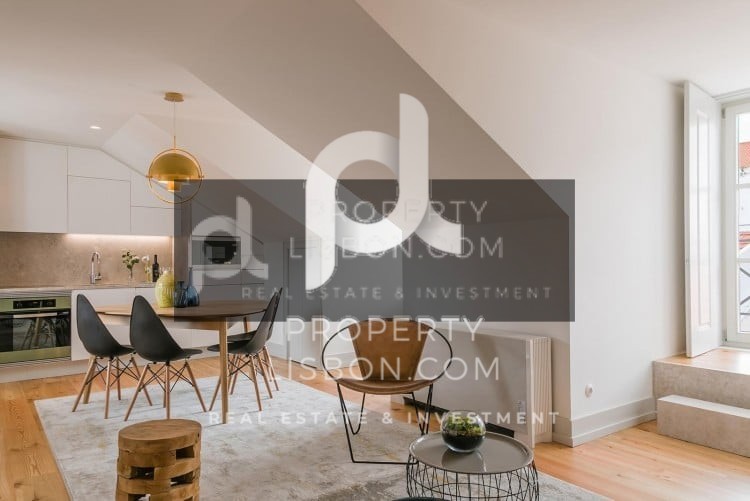 2 Bed at the foot of Praça do Comercio

Located nearby Terreiro do Paço and at the foot of Praça do Comercio, known for been one of the most tourist and important areas of Lisbon, for its shops, cafes and restaurants, it is the main point of connection to the central and historical sectors. This property is featured with two bedrooms, one bathroom, typically […] 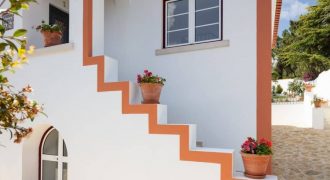 Historic villa fully renovated according to its original features in Sintra. South facing, this property has stunning and panoramic views over the Sintra mountain and is located in the most trendy and premium areas in Colares. On the ground floor the property features a fully equipped kitchen, dining area, bathroom and an ensuite bedroom. The […] 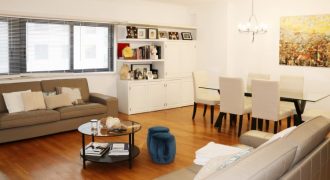 3 bedroom apartment with one suite, inserted in a building with 2 elevators and with 2 parking spaces. Premium area surrounded by all kind of services Estrela is known for the Lapa neighborhood, for the prestige of its palaces, embassies, the São Bento neighborhood for its Palace and Santos for its proximity to the Tagus […] 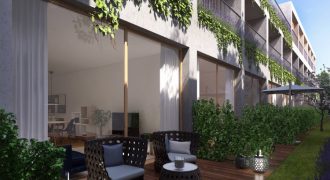 Breathing tranquility and well-being, the OASIS  project is the result of a unique urban rehabilitation project in Saldanha area. 55 apartments T0 to T4, exclusive, modern and elegant mirror the best that the city has to offer. The Development also features parking, garden, terrace, storage and pool*. Being currently build according to the highest standards […] 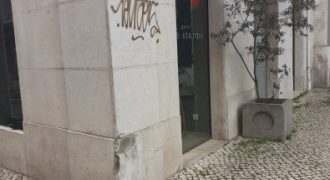 The Shop is located in one of the most central and busy streets of the capital, surrounded by offices, services and schools. Modern and elegant, it has a window to the street with 2 fronts and a toilet. It lives a cosmopolitan life, benefiting from a large network of public transport that can easily be […]

Portugal has a world-leading Golden Visa program which gives investors...

The property market in Portugal, especially in its capital Lisbon...

A lot of people would love an opportunity to live...